Hosts Russia pulled off the biggest shock of the 2018 World Cup so far as they beat 2010 winners Spain in the first penalty shootout of the tournament to reach the quarter-finals for the first time in 48 years.

After extra-time ended with the score locked at 1-1, goalkeeper Igor Akinfeev was Russia’s penalty hero, denying Koke and then Iago Aspas to spark scenes of delirious celebration at Moscow’s Luzhniki Stadium.

His opposite number, David de Gea, got a hand to the first spot-kick he faced – from Fedor Smolov – but that was the closest he came to making a save as the Russians converted their remaining penalties in clinical fashion.

Stanislav Cherchesov’s side, at 70 the lowest ranked team in the competition and 60 places below Spain, now face Croatia or Denmark in the last eight in Sochi on Saturday.

Their unlikely progress is a reward for their resolute defending for most of the 120 minutes of play and should reflect the part played by their thousands of fans who roared them on throughout their defensive masterclass.

Admittedly there were few signs of the Spanish struggles to come when Sergey Ignashevich inadvertently gave Fernando Hierro’s side a a 12th-minute lead.

The veteran Russian defender, who turns 39 later this month, put through his own net as he tried to stop Sergio Ramos reaching Marco Asensio’s free-kick at the far post.

But Spain failed to turn their overwhelming dominance of possession into further chances and paid the price before half-time, when Artem Dzyuba’s header from a corner hit Gerard Pique’s outstretched arm.

Dzyuba stepped up himself to send De Gea the wrong way from the spot and the stadium went wild, not for the last time on a tumultuous evening.

The pattern of play did not change after the break, with Spain trying to pass their way through the ranks of Russia’s packed defence, but lacking the imagination to fashion a serious shooting chance.

Only Andres Iniesta threatened to break the deadlock for Spain when he was belatedly summoned from the bench and the volume inside the Luzhniki increased as the Russian fans sensed their side could cling on.

When Spain did manage a sight of goal, at the start of the second period of extra-time, Akinfeev denied Rodrigo to ensure the game would go to penalties, where he would have the final say.

‘From no-hopers to within two wins of the final’

Russia were seen as no-hopers by most observers when this tournament began, when even getting out of their group for the first time since the end of the Soviet era had been seen as beyond them.

Many of their supporters outside the stadium were still writing them off before this game started, but instead they saw the hosts become the first Russian side to reach the quarter-finals of a World Cup since Mexico 1970.

That was the era of the legendary Lev Yashin, so it was fitting that another goalkeeper, Akinfeev, should play the biggest part here in this memorable triumph.

Russia’s captain is 32 and was winning his 111th cap but this was his greatest performance of all, and on the biggest stage. 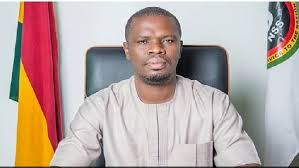 I’ll be minister for all sports, not just football – Mustapha Ussif 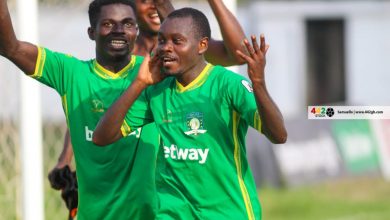 ‘I haven’t received anything from Hisense’ – Aduana Stars winger 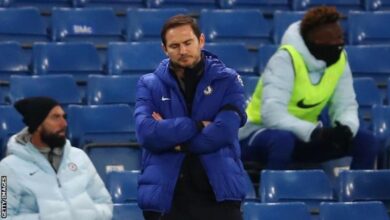 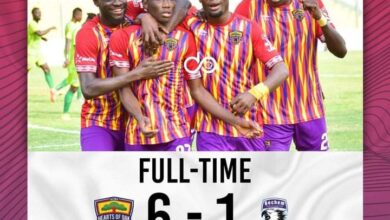