The Ashanti Regional Youth Wing of the  ruling New Patriotic Party (NPP) has been inaugurated with call on the youth  to embark on vigorous campaign activities to enable the party retains power in the impending elections. 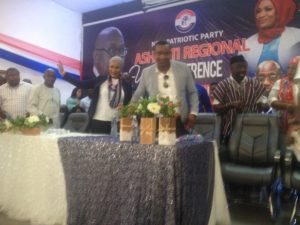 The Youth Wing  which sole aim is to galvanize votes to enable the party  retain power in the 2020 general election have members, including the present and past constituency youth organisers, were drawn from all the 47 constituencies in the region. 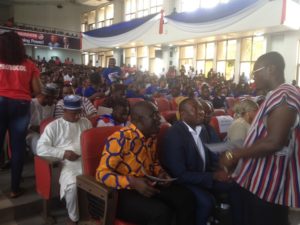 The inauguration ceremony also attracted Regional and Constituency Executives as well as Municipal, District Chief Executives and some Ministers of State. 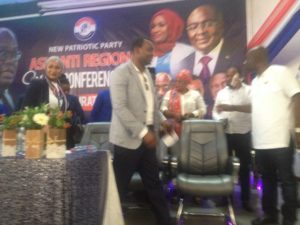 The Second Lady Hajia Samira Bawumia, who perfumed the official ceremony urged Ghanaians not to allow the opposition National Democratic Congress (NDC) back into political office.

According to her, two years of the Akufo-Addo government has been far better than what the erstwhile Mahama administration delivered in eight years.

She attributed the party’s victory of the 2016 general election to dedication, commitment, sacrifice, determination and hard work from the youth of the party and urged them to double their efforts to enable the party win convincingly in the upcoming 2020 elections.

She, therefore, warned that it would be suicidal for the country to even consider returning the NDC to power in 2020.

“We should not allow the NDC to come back into political office to destroy the amazing successes that the country has enjoyed within the last two years,” the Samira Bawumia said.

“Our two years is far better than the eight long years that the NDC used to create total mess of the economy. We are ready to give more.”

She made the comment while speaking at the Ashanti Regional NPP Youth Wing Conference and Inauguration at the KNUST on Saturday.

According to her, the Akufo-Addo government has laid a concrete foundation for more massive developments to take place.

She said the NDC only plunged the country into abject poverty and hardship during their eight years in office.

This, Samira said, is enough reason to keep them in opposition and retain the NPP in power come 2020.

On his part, the Ashanti Regional Minister, Hon Simon Osei Mensah said, the government is working hard to expand school infrastructure across the country to eliminate the double track system which has attracted a lot of criticisms from the opposition parties.

Hon Simon Osei made it clear that his door is open for everyone so if someone is misbehaving they should let him know and he is ready to face does people.