The British High Commission and the Kumasi Metropolitan Assembly (KMA) under the framework of the UK-Ghana Business Council (UKGBC) meeting will jointly host the first regional forum in Kumasi Today.

It is aimed at building a shared understanding of priorities on economic development, job creation, trade and investment.

It said the UK and Ghana Government both recognise the importance of regional perspectives from around Ghana including the Ashanti Region to feed into the work of the wider UKGBC.

“The forum will prioritise infrastructure, agriculture/agro-processing and industrialisation and explore opportunities in these sectors for the UK to do more in Kumasi and the Ashanti region,” it said.

“The UK has already made a significant impact in the Ashanti region, most recently the modernisation and expansion of Kumasi Market, the expansion of Kumasi airport and construction of Bekwai Hospital – all supported by £130 million worth of UK Export Finance.”

It noted that during the two-day visit to Kumasi, the British High Commissioner would pay a courtesy call on the Asantehene Otumfuo Osei Tutu II at the Manhyia Palace to discuss the outcomes of the UKGBC Regional Forum and to identify areas of further collaboration.

The statement said the High Commissioner and his delegation would visit Guinness Ghana, a long-term UK investor and a leading employer in Kumasi, which is using more Ghanaian raw materials in its manufacturing lines.

Speaking ahead of the regional forum, Mr Walker said: “I am delighted to co-host the first UKGBC Regional Forum alongside the Mayor of Kumasi.”

“It is exciting to know that less than a year since the launch of the UKGBC with Vice President Dr Mahamudu Bawumia, we are taking practical steps to expand our engagement from government-to-government to the regional and municipal level. Kumasi is often referred to as Ghana’s second city.

“My goal is to support its ambition to become a leading industrial hub in the region and to ensure that the historic Anglo-Ashanti relationship is delivering prosperity within the region for generations to come”.

Mr Antwi said: “Hosting the first UKGBC regional Forum in Kumasi is an excellent opportunity for the Kumasi Metropolitan Assembly.”

“The city of Kumasi and its adjoining municipalities are endowed with numerous viable investment opportunities.

“The Assembly, thus, sees this forum as a platform to project its potential investment avenues to woo prospective investors from the international community to invest and partner the city to develop “Ghana Beyond Aid”.

The UKGBC is a biannual high-level meeting between top UK and Ghana government Officials and Ministers. The meeting is used as a vehicle to move forward a new strategic economic partnership between the UK and Ghana that focuses on increased trade and investment and additionally emphasizes the development of priority sectors of the Ghanaian economy that leads to job creation and sustained economic growth. 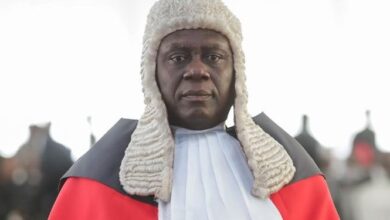