Former President Jerry John Rawlings has justified the humiliation meted out to Ghanaians during his time as the Chairman of the Armed Forces Revolutionary Council (AFRC).

He explained that the activities of the soldiers during the time of the AFRC was a reaction to what Ghanaians had done to the soldiers including some market women pouring urine on innocent soldiers whose only crimes were negotiating price reductions.

Rawlings told Kwaku Sakyi-Addo on the Sunday Night show on Asaase Radio in part two of an earlier interview broadcast on Sunday.

He added that the soldiers at the time had no choice but to go for innocent souls.

“Humiliating people is something that nobody should do. Educate people and bring them out of their ignorance but don’t humiliate them. The country felt very humiliated when on account of your foolishness [military officers turned politicians], soldiers end up with urine being thrown at them…” Rawlings said.

He explained that Ghanaians were at the time doing serious hoarding of the so-called essential commodities.

“How do you end up selling antibiotic and baby milk on your sunny table… a soldier in uniform is pleading for a reduction, and you go so far as to throw your [stored] urine at him, you know what, if I hadn’t asked Major Mensah Gbedemah, who was then the Chief of Staff…because he didn’t seem to realize that the more you delayed the action of breaking down Makola, the women will pay for it with their lives.

“Let them take their anger on the edifice…no bulldozer, no explosives, let them go in with sledgehammers…so we did what we had to do, hoping and expecting that this was it,” Mr Rawlings narrated.

He added that after a week, however, the temperature and pressure was building up again and a lot of officers were involved in that.

“…but anything to contain this thing within the Military was a necessity and only two, we thought it would be enough. We had no choice but to start rounding up the others [military officers who were executed],” he stressed.

39 workers of Food and Drugs Authority test positive for coronavirus 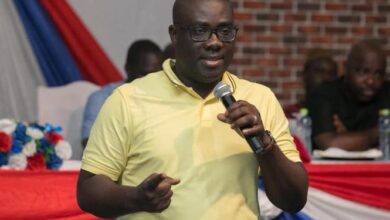 Mahama does not believe in Free SHS; ignore his antics – Sammi Awuku