Government has served notice it would not close down senior high schools despite some students testing positive for coronavirus.

Minister of Health, Kwaku Agyemang Manu said closing down schools would be defeatist and coward person’s approach, adding government would have none like that.

Government has been under intense pressure especially from the opposition National Democratic Congress (NDC) and the Parent Teacher Association (PTA) to close down schools as some schools record Covid-19 positive cases.

But responding to questions from journalists during a tour of some health facilities, Mr Agyemang Manu says government would not head to those “defeatist and coward person’s approach”.

Instead, he said government would rather fight the pandemic to save lives.

“Who knows when this disease is going to go away from the world? We haven’t got the vaccine yet so what can we do? so closing down the schools is defeatist. It’s a coward person’s approach and that’s not what we are going to do.

“We will fight the disease. We will do things that will solve some of the challenges that we have and protect everybody; ourselves and or children,” he said.

According to Mr Agyemang Manu, government has identified congestion in schools that have recorded Covid-19 positive cases as a challenge, adding Ghana Education Service (GES) and Ghana Health Service (GHS) have been collaborating to solve the challenge.

He wondered why no one is asking government to close down universities or junior high schools.

“Why is nobody asking us to close down the universities? Junior High Schools started 2-weeks now; they go home and come to school. Why are we not closing down those ones?

“The senior high schools, I must say they are problems in some areas but the percentage of where we have challenges wouldn’t call for us to close down the schools.

“We have been saying over and over again that we must learn to live with the disease,” he said.

Director-General of Ghana Health Service, Dr Patrick Kumah Aboagye revealed out of a total of 400,000 students who are in schools, only 111 students from 34 schools across the country have tested positive from Covid-19.

“It is important that we do surveillance. We have systems in place that would be able to pick them quickly and identify them.

“Besides, we just had of the more than 400,000 students who have gone back to school, we are recording about 110,111 cases, sporadic cases across the country from 34 schools. So I don’t think there is enough fear for us to rush into anything.” 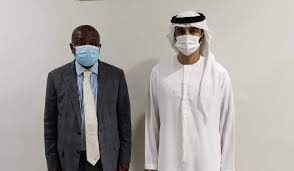 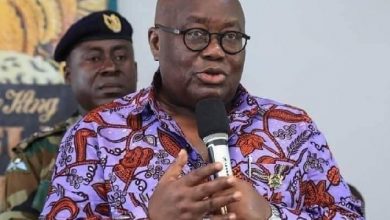