Some six young footballers have died in an accident that occurred at Offinso in the Ashanti Region, Saturday.

The development has also left four other players in critical condition.

Sources say the children, aged between 12 and 15 were returning from Afrancho to Offinso after undergoing colts division registration when the accident occurred.

The players who were traveling in a mini bus with registration number AS- 928-19 belonging to one Alorso in the Municipality met their untimely death after luck eluded them.

The accident occurred when the driver of the Kia prekio after swerving a pot hole which landed him to the nearby ditch risking the lives of these young footballers after trying to escape
The accident created heavy vehicular traffic on the road as no other vehicle could pass, whiles other travellers also came to catch a glimpse of the deceased young players

However it took the swift intervention by the GNFS, GPS and NADMO from the division who came to the rescue them from the mini bus.

Confirming the news, the Police Motor Traffic and Transport Department commander, DSP Edmund Nyamekye said, the driver of the vehicle lost control and landed in the Offin River.

He said apart from the four who are in critical condition and have been transferred to the Komfo Anokye Teaching Hospital, the remaining 26 are responding to medical treatment at the Offinso St. Patrick Hospital.

Meanwhile, the identity of the victims are yet to be disclosed

US$10 million worth of suspected cocaine arrested at Tema Port 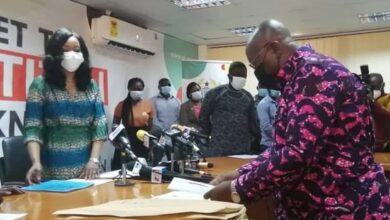 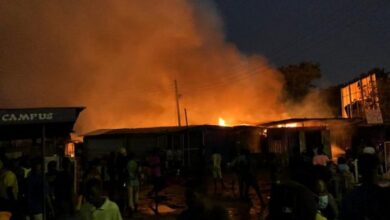 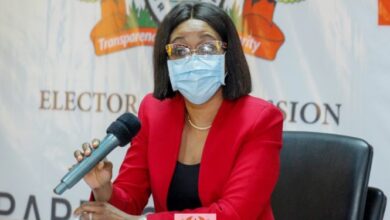