The payments began on Wednesday, September 16, 2020, as announced by the Reciever earlier in the week.

Speaking to Citi News, one customer said: “I was asked to show my identification card and after that, I was called by the teller, and the money was paid to me. It was GHS600 in total and my monies at First Allied has also been paid to me. I’m very delighted.”

Earlier, the Management of the Consolidated Bank Ghana (CBG) had assured that accounts of all customers of the defunct firms have been fully credited with the cash value of their estimated bonds.

Mr. Daniel Wilson Addo, the Managing Director of CBG in a Citi News interview disclosed the funds have already been disbursed into the accounts of depositors.

“The total amount of money due to each customer is available. So if you’re due a GHS 100, that amount is credited to your account and is now available for you. Whether you come to the bank or not, it’s for you but if you want to withdraw it, you need to come to the bank in the first instance so that we can actually validate with a minimum check to make sure it is the same person. So we are not even doing a full KYC on you. But the accounts have already been credited. So the amount is in the account,” he said.

Meanwhile, depositors of the collapsed institutions were given the green light to, from Wednesday, September 16, 2020, have full access to their funds following the release of a total of GHS3.56 billion to settle the remaining depositor claims of the 347 defunct Microfinance companies, 23 Savings and Loans and Finance Houses.

On May 31, 2019, 347 microfinance companies had their license revoked by the Bank of Ghana as part of the financial sector cleanup.

The Bank of Ghana, on August 16, 2019, also revoked the licences of 23 insolvent Savings and Loans companies and Finance Houses.

Gone but not forgotten: Those we lost to coronavirus (photos) 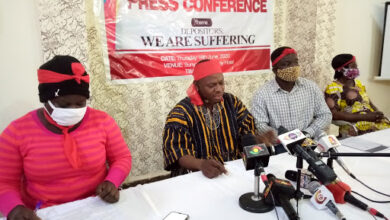 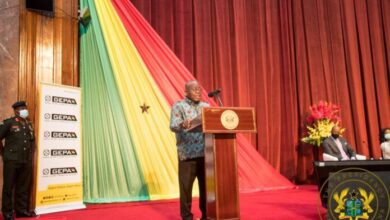