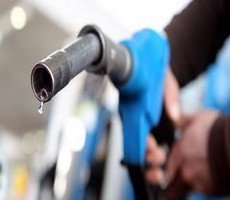 The Institute for Energy Security (IES) projects petrol prices to rise marginally whilst diesel price on the local market remain stable for the next Pricing window which takes effect from Saturday 1st October 2016.

IES bases its projection on Platts prices which saw an upward adjustment of petrol while diesel remain fairly stable, and the depreciation of the Cedi against the U.S. Dollar by 0.4%.

“Local Fuel Market within the first week of the second Pricing-window for September 2016, Petrol and Diesel prices fell by an average of 0.and 0.84% respectively,” according to a release signed by Richmond Rockson, Principal Research Analyst, Petroleum Unit at IES.

“Today, the average price for Petrol and Diesel is GH¢3.621 and GH¢3.604 respectively. Radiance Oil maintains the top spot on the IES Top-10 Chart as the OMC selling the cheapest Petrol on the market, whereas Puma Energy sells the cheapest Diesel fuel,” IES said.

Read the rest of IES’ analysis below:

The release of the Public Eye report on sub-standard Diesel being sold in Ghana and many parts of Africa generated a lot of debate amongst the general public and industry experts.

What is left now is how the country intends to advance from the Ghanaian standard towards the European standard which has a lower Sulphur content for Diesel.

IES is of the view that the country can progressively move towards that, starting with 1000pmm as the benchmark without any cut-throat cost to the consumer.

World Petroleum Market Indices Over the Pricing-window, average Brent crude slipped 2.42% to $46.58/barrel on account of renewed worries of supply glut, Iran’s determination to reach its market share prior to the ban, and low consumption in fossil fuel across Asia and Europe for the month of September.

Local Market Index and Inventory The Cedi lost marginally against the U.S. Dollar over the Pricing-window by 0.40% according to data obtained from the Bank of Ghana.

The stock of Petrol in-tank and on vessels offshore is projected to be 225 million which is capable of meeting eight weeks of national consumption.

Your payments will begin Monday – Akufo-Addo to Savings & Loans customers