The National Road Safety Authority has vowed to crack down on the practice of fixing television in buses as part measures in reducing road accidents.

According to the authority, television is a major distraction to both passengers and drivers and can easily trigger an accident.

Speaking to newsmen, the Eastern regional Road Safety Advocate of the National Road Safety Authority David Abunyah said keeping television on in vehicles distract passengers from their role of monitoring and keeping a check on speeding drivers.

He said section 189 of the Road Safety Acts is against TVs in vehicles and on dash boards.

“(1) a person shall not use or operate a television monitor or a similar device on the dash board of a motor vehicle while the motor vehicle is in motion.

(2) A person who contravenes sub-regulation commits an offence and is liable on summary conviction to a fine of not more than twenty-five penalty units or to a term of imprisonment of not more than thirty days or to both,” the act says.

He said when passengers become so engulfed in watching TV in vehicles their focus is turned off the road making them unaware of what goes on.

Mr. Abunyah mentioned that preaching in buses is another source of distraction to drivers and passengers which must not be allowed.

He also advised passengers to engage drivers to know if they have their driver’s license before they board their cars. 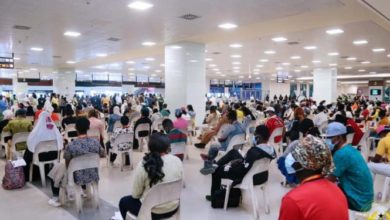