Lead Medical Doctor of the forensic team in charge of DNA analysis on the skeletal remains of the 4 missing Takoradi Girls, Supt. Dr. Kofi Agyapong Afrifa has confirmed that indeed the remains found are that of the missing girls.

His confirmation of the findings comes after lawyers of the two Nigerians accused of murdering the Takoradi girls expressed doubts on the DNA conclusion of their reports.

He stated that the concluding part of their findings proved that there is a genetic affinity between the remains and the parents of the victims.

Dr. Afrifa stated during a 2-hour cross-examination in a Sekondi court presided over by Justice Richard Adjei Frimpong on Thursday, October 22, that his team employed the Standard Tandem Repeat (STR) analysis, which obeys all standard DNA analysis protocols to arrive at their conclusion.

“Our DNA analysis concluded that the skeletal remains found are that of the four missing Takoradi Girls,” he stated.https://cdn.jwplayer.com/players/8IYuvcz4-bOZsmy48.html

He explained to the court that the team had undertaken meticulous analysis with samples of both the skeletal remains and the parents of the four victims, adding that the conclusion on their findings is beyond doubt.

“For the Quayson family, we found out that Comfort Arhin who is the alleged mother of missing Ruthlove Quayson shares common allele with Skull 1 at all loci tested. That the probability of stated relationship which is the Combined Maternity Index (CMI) is 53160961.519 and probability of maternity is 99.99 percent.

“And for the Bentum family, we found out that Francis Bentum Ackon who is the father of missing Priscilla Blessing Bentum and Gladys Bentum mother of the missing Priscilla Blessing Bentum share common allele with Skull 2 at all loci tested. That the probability of stated relationship which is Combined Paternity Index (CPI) is 1293669.4766 and Combined Maternity (CMI) is 11703487616.3591. Probability of paternity and maternity is 99.99 percent” he added.

This notwithstanding, Dr. Afrifa responded in the affirmative to Counsel of the defence team, Mark Bosiah, when asked if the team could have used an alternative method for the analysis.

He gave the ‘Next Generation Sequencing’ as another method that could have been used but didn’t fail to indicate that the method is still at the developing stage.

“Even if that methodology is employed the results will still be the same,” he insisted.

Counsel for the first accused person, Samuel Odoetuk-Wills, George Essilful-Ansah who started the grilling of the prosecution witness expressed disappointment in the DNA conclusion.

According to him, the DNA conclusion fails to determine whether the skeletal remains date back to when the girls were reported to have died.

“I even gave the clue that given the date that they were supposed to have got missing…they must be able to tell that these bones, how old are they. That would have been very material,” he said. 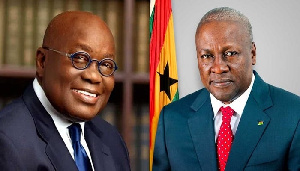 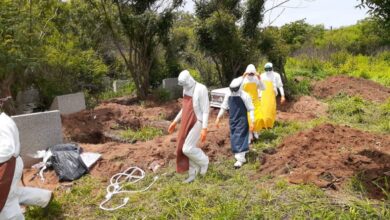 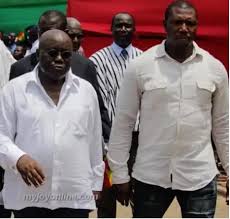 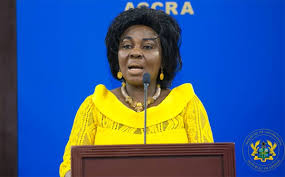