A better Techiman will not come on a silver platter but through dedication and  altruism which is a mark of a true leader and that is seen in the venerable, cool and collected, genial and  easy going Hon. Martin Adjei-Mensah Korsah

Voting for someone facing outright rejection from his own party will not only be at the detriment of the people of Techiman but an early warning in disguise, appealing to our conscience to vote against a man  who has nothing to show as his  quota towards the development of the very town he wants to represent in parliament. This is not only wickedness but a glaring disaster personified, seeking to stymie the progress of Techiman in the near future.

Creation of the Bono East Region and the subsequent naming of Techiman as the regional capital was a mandatory call to duty to ensure that happens without any  politicization. It was a mad rush for everyone who had Techiman at heart and wants it to develop. Infact, it was the time Techiman needed its people the most, and Evidenly, Hon. Martin Adjei-Mensah Korsah played a pivotal role as the deputy minister for regional reorganization and development but shockingly,  the NDC parliamentary candidate for Techiman south saw it needless to say the least, he reclused himself, was conspicuously missing at the time and contributed nothing when Techiman needed him the most.

This is the time to appreciate and endorse a man whose developmental footprints are scattered across the municipality; Counting from the construction of Markets, Chips Compound, Public Toilet Facilities, ICT Center/Library, Speed Ramps and Grading of Community Roads and parks.

Notable among these, is the Mikam Teachers Award that has been running from 2018 academic calendar till date and more other philanthropic supports.

Take note! all the above mentioned projects are solely Hon. Martin Adjei-Mensah Korsah founded but not government funded.

Also in addition, Hon Martin Adjei-Mensah Korsah has aided in the construction of Bridges and roads at different locations

Same cannot be attributed to the NDC parliamentary candidate for Techiman south. An empty personality with no vision and plan for Techiman but rather dwelling on deceit, lies and  tribal politics to reap where he has never sowed.

Clearly, such an unorganized character and a flimflammer cannot represent the good people of Techiman in parliament, let alone putting up our problems and concerns for solution. 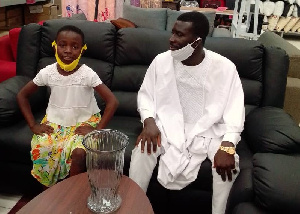 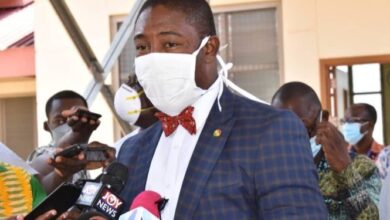 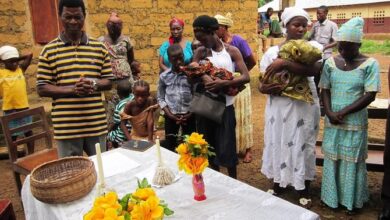