The Magistrate court in Ho has declined jurisdiction over the charge of treason felony proffered against the three members of the Volta ‘separatist’ group, the Homeland study group foundation.

The police on Thursday arraigned the 78-year-old Charles Kudjordji, Martin Asiama Agbenu, 57 and Divine Odonkor, 65 before the magistrate court after they were arrested on Tuesday for engaging in acts deemed to be treasonable.

The men were said to have distributed some T-shirts declaring their intention to secede parts of Ghana, including the Volta region as independent country under the name Western Togoland.

The police have since charged them with Treason Felony and paraded them before a Ho magistrate court.

Minutes into the case, the judge, Franklin Titus Glover declared that his court does not have jurisdiction over the ‘treason felony’ charge and directed them to head to the appropriate court.

“I am not competent as a district court judge to handle issues of treason,” the judge declared.

Earlier, the counsel for the suspects, Atsu Agbakpe,  told the court that his clients were being detained unlawfully and the charges levelled against them was frivolous.

He cited article 19 (17) (18) to buttress his argument, stating that the mere wearing of a T-shirt cannot constitute a treasonable offence since the was no use of aggression.

Founder of the group and one of the 3 suspects, Mr. Charles Kudjordji also told journalists after the hearing  that the police is only intimidating them since they have not resorted to any violence means to drive home their demand. 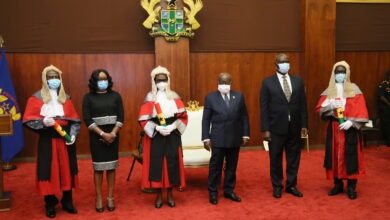 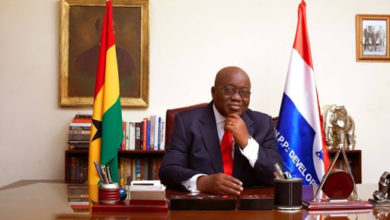 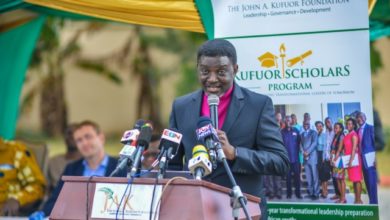