Of the many social vices that Chorkor has become notorious for, the most worrisome — and, perhaps, creepy — practice gradually becoming a norm, is the sight of gays and lesbians having sex in the open without fear or shame.Along the beaches and in obscure places in the neighbourhood, it is no longer uncommon to find two women or two men throwing dignity and caution to the wind to indulge in the most despicable act of sexual gratification in the full glare of passers-by.Astonishingly, in and around the fishing community of Chorkor, homosexuality is a growing phenomenon with lesbians and gays hardly concealing their amorous activities anymore.And while the larger Ghanaian society frowns on the practice, at Chorkor, it is an everyday sight for such homosexuals to move in pairs petting and kissing in the open in the same manner as heterosexual lovers.An open secretIn fact, close associates are often well aware these ‘odd couples’ are into intimate relationships. And for this reporter, visiting Chorkor on a different mission was also an opportunity to learn and see at first hand, one of the dark sides of life in this deprived community.While taking a stroll with some residents, they pointed at some lesbians and gays who were chatting heartily, while others were indulging in drinking or smoking in public places.Even in broad daylight, and in the searing late afternoon weather, this reporter spotted one young lady sitting on another lady’s lap at a popular drinking spot “doing their own thing.”Nii Martey and his friends, who reside at Chorkor, told The Mirror that sex in the open had become a common scene in the community as homosexuals unashamedly seek comfort behind containers, kiosks, filling stations, beaches and even corners of some drinking spots.According to these concerned residents, what is even more alarming is that some of these lesbians are teenagers who still maintain multiple male sexual partners.And the mannerisms of these people sometimes give an indication of their sexual orientation.During the visit, this reporter saw a young guy sporting braided hair and walking sluggishly with the mannerisms of the opposite sex.My guides suggested the boy may well be the “female” partner in a gay relationship.Motivation and inducementAmong some residents of Chorkor, it is believed that many youngsters have been driven into homosexuality through inducement by affluent partners who shower them with gifts, money and modern gadgets that appeal to the youth.“Some of the young girls get money, mobile phones and clothes from their female lovers, so, they have become highly disrespectful. They dress and walk along the streets holding hands and doing their own thing without their parents reprimanding them,” they narrated.One of the community elders, Pastor Joseph Larteh, popularly known as Osofo Okpoti, confirmed to The Mirror the grotesque sexual activities among the youth and said it had become a scar on the community, which already has many challenges, including poor sanitation, teenage pregnancy, unemployment and juvenile delinquency.“It is an eyesore to see two men having sex in the open without any regard to onlookers. If you try to pump sense into their head, they would attack you violently,” Pastor Larteh lamented.Osofo Okpoti said some of those lesbians who were teenagers were fending for themselves so their parents do not control them.“They are all over doing ‘supi supi’ and sleeping around in these days of Sexually Transmitted Infections (STIs),” he stated.Chorkor seems not to be the only place where the sexual activities of lesbians are rife. Around the Derby Avenue, Avana and the Princess Marie Louise Children’sHospital area in Accra, it is common to see lesbians and gays engaging in sexual activities in the open.In this area, there is a popular pub called Clubhouse where gays and lesbians come to have fun and sex in the open with foreigners who patronise the pub.It is also common to see lesbians and gays fighting with their partners for cheating on them with other girls or guys.It looks like things have really changed at Chorkor and its environs the past five years.In 2014, The Mirror reported in its story with the headline ‘Gays still in ‘exile’ that gays have been banished.This happened when the gays were chased out by residents of Chorkor when a group of men belonging to a gay community association decided to hold a grand homecoming in the area.After that incident, the Assemblyman for the Chorkor Electoral Area at that time, Mr Derick Addotey Myers (Showman), disclosed to this reporter that the gays and lesbians were finding it difficult to come out publicly as they used to do.Rather they go to Osu, Labone and Adabraka, all suburbs in Accra, to meet their partners there.Interestingly, five years on, after the banishment of gays and lesbians in the community, it has taken a different dimension with them making love with impunity wherever they find themselves.Source: The Mirror

Say no to ‘redenominated’ Mahama – NPP

Import duty reduction is real, Ghanaians are feeling it – NPP 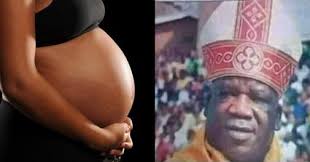