Member of Parliament for Atwima Mponua has issued a one-month ultimatum to the District Chief Executive and the assembly of the area to cover all open pits in ‘galamsey’ affected communities.

Isaac Kwame Asiamah observes that, there are open pits as a result of illegal mining in many communities from Butumuroso to Atuntuma.

Within the given time, the DCE, Williams Darko is expected to find resources to reclaim the almost destroyed lands in the affected communities.

“Can’t you (assembly) emulate the exemplary leadership of Bibiani Anwiaso Bekwai when it monitored the reclamation of all open pits for afforestation about 10 years ago, which has yielded positive results,” Mr Asiamah questioned the leadership of the assembly.

There was a pin-drop silence at the Assembly Hall of the Atwima Mponua District on Friday when the Sports Minister who doubles as Member of Parliament attended the Executive Committee meeting.

The much-livid member of parliament was ‘up-in-arms’ with the Environmental Sub Committee Chairperson when reading his report about the state of mining within the District.

Isaac Kwame Asiamah then issued a stern warning to all playing different roles to thwart the effort of the government in the fight against illegal mining.

His concern comes after his inspections within the constituency revealed many open pits which according to him are death traps.

Again, he expressed disgust at the turbidity of the Offin River and questioned why some state officials allow their offices to be compromised.

“I am very angry at the happenings within this constituency; I bet on my last pesewa, that I shall not spare or cover for anyone who is aiding miners to destroy lands without recourse to reclamation”, he retorted.

“Honorable DCE, what are you using the power for? The laws must work to the core”, he fumed, “I have my dignity to protect and will not entertain any evil acts against the people am serving”.

Mr Asiamah said though he wants jobs for people in his constituency, he is against irresponsible and illegal mining.

According to him, mining comes with responsibilities, and therefore it is the duty of the Assembly to ensure reclamation after mining.

“As the District Chief Executive you must support the civil rights of indigenes and must not leave a bad legacy for posterity to judge your administration in bad taste.” 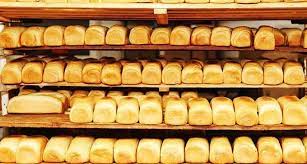 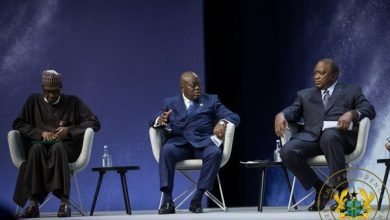