Residents living at Atwima Takyiman, Denkyemuoso and Boko in the Kwadaso Constituency in the Ashanti Region have threatened to vote against the NPP government if their deplorable road network in the communities are not fixed ahead of the incoming Parliamentary and Presidential elections.

According to some members of the ruling New Patriotic Party  at  those communities in the Kwadaso Municipality, the deplorable roads in the area have become a serious setback in their 2020  campaign outreach for the party.

The group made up of youth from the aforementioned communities have describe President Akuffo Addo as highly incompetent in the area of road development as far as Kwadaso Municipality and Atwima Kwanwoma district are concerned.

Speaking to OTEC News’ reporter  Kwame Agyenim Boateng on Thursday October 29, 2020 the irate youth who were stopped from demonstrating against the government over   poor roads by Assembly members in the area said they have shelved all their campaign arrangements for the NPP .

“Our campaign spirit have been killed by the deplorable nature of our road networks, residents keep on asking when the road would completed, a multimillion dollar question we have no answer to”. One of the youth noted.

One madam Comfort Owusu who also expressed worry over the situation disclosed that, they initially planned to block the Kwadaso to Foase road to voice out their concerns.

“We have only pushed our Demonstration to another time because authorities in the Municipality have given us assurances that they will speed up the construction works  on the road, but we want them to know that we will hit the streets again before elections  if the contractor fails to resume works on the road ” she warned.

The Assembly Member of Atwima Takyiman- Denkyemuoso Electoral Area Hon David Asare after begging the youth to halt their demonstration appealed to  government to speed up works on the road.

He noted that the 14 kilometer stretch from Kwadaso-Ohwimase to Foase have been abandoned by Asabea Constructions about two months ago.

He added that all efforts to get government officials for explanation on why construction works  been shelved have so far been proven futile. 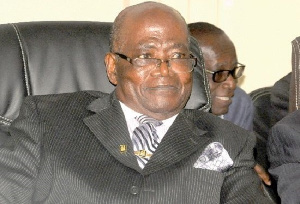