Workers of China Geo Company constructing the Sofoline interchange project in the Ashanti region today, Monday, 15 March 2021, prevented the management of the company from entering their offices, as they continued their demonstration and strike action over their salaries. 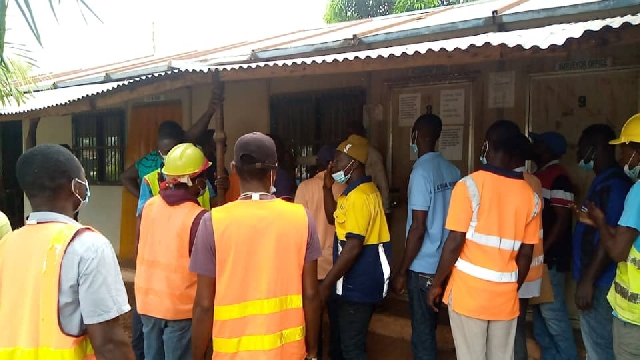 The angry workers also burnt car tyres to express their wrath about the management’s refusal to adjust their salaries upward.

The police from Sofoline intervened and spoke to the workers to calm down.

The workers say their salaries have not been increased for the past six years despite their grievances and several appeals to their management.

Mr Rudolph Asoalla, the Workers’ Union Chairman told OTECNEWS that the angry staff have locked the offices of the management.

He said he has spoken to the workers not to destroy anything but demonstrate peacefully.

Your threats won’t stop our strike – Telecom workers to Management