One person has died and other in critical condition at the Komfo Anokye Teaching Hospital (KATH) following gun shots at the Ashanti Regional office of the opposition National Democratic Congress (NDC) at Amakom, Kumasi, on Monday morning, otecfmghana.com has learnt. 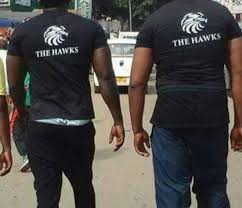 According to eyewitness, a group believed to be members of the NDC’s vigilante group, The Hawks, besiege the party office while a meeting between the National and Regional Executives was ongoing.

The deceased, yet to be identified, was shot three times on a close range on the leg, chest and back by a member of the Hawks, who were using motor bikes, before shooting another person.

The exact reasons for the Hawks presence was not immediately known, but otecfmghana.com is reliably informed that they were there at the orders of a prominent NDC member whose actions called for the meeting.

Present at the meeting was the national chairman, Samuel Ofosu Ampofo and the general Secretary Johnson Asiedu Nketia, and they had to run for their lives upon hearing the gun shots.

No arrest has been made so far, and the police have taken over the party office.

Meanwhile, a statement issued and signed by the Ashanti Regional Secretary for the NDC, Kwame Zu, and copied to otecfmghana.com confirming the death, did not admit the perpetrators were NDC members and has therefore called on the police “carry out a thorough investigation into the matter and bring the perpetrators to book”.

OFFICIAL STATEMENT ON INCIDENT AT THE ASHANTI REGIONAL OFFICE ON MONDAY FEBRUARY 18, 2019

The Ashanti Regional Secretariat of the National Democratic Congress regrets to report that an unfortunate incident occurred at the party’s regional office today, Monday 18th February, 2019.

The regrettable incident occurred while a meeting between the National Chairman, The General Secretary, a Deputy General Secretary and the Regional Executive Committee were ongoing. Some  men on Motorbike wielding guns attacked a gathering outside, short indiscriminately and sped off.

We regret to announce that one of the two men who were shot has passed on and the other is in a critical condition at the Komfo Anokye Teaching Hospital (KATH). The National Chairman, General Secretary and the Regional Executive Committee has visited him at the Hospital.

We request that the police should carry out a thorough investigation into the matter and bring the perpetrators to book.